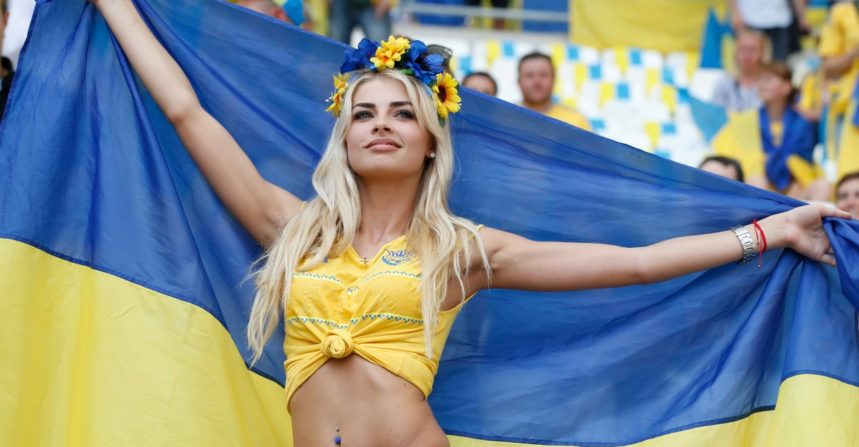 Being lost in translation does not have to be a problem in Ukraine, but the mastery of several languages is not very common among Ukrainian women. Over the years speaking English in Ukraine is becoming more and more popular. This rise in popularity is mostly seen in the large developing cities like Lviv, Kiev, Odessa and other big cities. When you travel outside of these cities you will be in for a surprise! But then again, is that not part of the adventure when dating Ukrainian women?

So what can you expect? In this blog post “English In Ukraine: Expectations vs. Reality” I will discuss what to look for and how you can still enjoy a date in Ukraine even if she does not speak English yet.

Most people in Ukraine actually have little trouble understanding English, but are a bit hesitant to speak the language. Why is that? It is mostly because they are insecure about speaking English as they never use it on a daily basis. In some countries in Europe we have subtitles for all English spoken movies.

Therefore, we can hear the English language almost daily through reading, watching and listening. Synchronization is very common in Ukraine, therefore the level of people speaking proper English is low.

But what about other languages? Currently 67,5% of the Ukrainian people speak Ukrainian, whilst 29,6% speak Russian.  Ukraine used to be part of the Soviet Union, so it is very common to learn Russian as a native language. But never confuse Ukrainian and Russian for the same language. She might not like that comparison as it is still a sensitive subject and Ukrainian people are very patriotic.

During the Soviet Union a lot Ukrainian people also worked in Poland and in Germany. Trade business between the Ukraine and Poland/Germany was booming in the 70’s and 80’s. Therefore, you will also meet a lot of people who speak Polish and German fluently. Keep in mind that they are mostly older people as the young generation did not have this opportunity. Other popular languages are Romanian, Bulgarian, Hungarian and Armenian,

In my experience the cities where English is well spoken are Lviv, Kiev and Odessa. These cities are popular tourist destinations and therefore English is much more used on a daily basis. Now it won’t be fluently, but they can still help you with basic tasks and questions or when going to for dinner in a restaurant. It also helps to have a translator with you just incase you need to translate something from English to Ukrainian/Russian. You will definitely need this when visit the countryside as not many people speak English there.